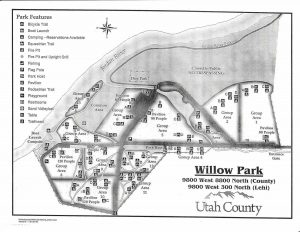 I recently had two perfect reasons to try out Willow Park.  First, my daughter who is less adventuresome reminded me late in the year about my promise to take her camping.  It was late October, the weather was a bit colder, and

she wanted flushing toilets.  So, I called up the park and made a reservation.  It turns out that wile there were plenty of people there I didn’t need one as they had plenty of space.  We got a nice spot near the river and spent a fun evening.

The park was fairly full that evening, but there were still plenty of places available.  The 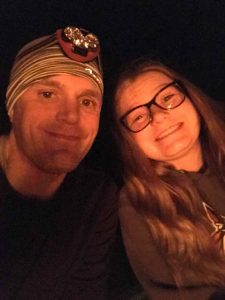 weather had frozen a few times already in the year, so if there were mosquitos earlier in the year, they had died for the year by the time we came to camp.

There were plenty of people who came to enjoy the Jordan River Trail (See:  http://jordanrivercommission.com/jordan-river-parkway-trail-map/),  We brought out bikes, but didn’t end up riding them this time.

My first trip to Willow Park wasn’t entirely without an ulterior motive –truth be told, I was 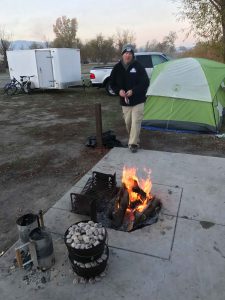 Campsite 13A – By the Jordan River – Willow Park, Lehi UT

looking for a warmer spot to take the scouts in November where we might be able to get one last quick bike ride in for the year.

This time, we had all of the scouts bring their mountain bikes and we were able to take a quick ride up and down the trail after we arrived.  The boys had a great time and enjoyed the easy flat and paved trail as well as some of the dirt trails and jumps others had made in land surrounding the park. 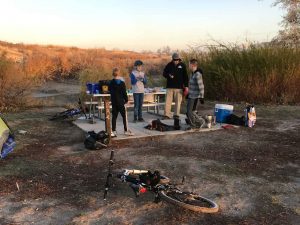 Campsite 13A – By the Jordan River – Willow Park, Lehi UT

We were assigned campsite 13A right by the river.  This time, the breeze was coming from the west and we did catch the scent of some of the neighboring mink farms.  It wasn’t too bad, but it was there.  Once again, there were very few mosquitos for camping so close to the Jordan River which was quite low considering the time of the year.

Our campsite had a nice fire pit, picnic table and concrete slab for us to use.  But the best 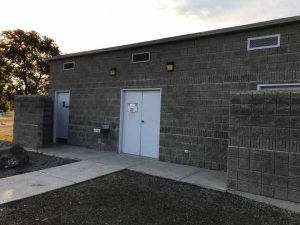 parts of camping at Willow Park in the late season is always these three things:  close, quick to get to, and heated toilet facilities.  Hey, I admit it, there is nothing like having clean heated bathrooms when it is cold out!

Willow Park Crowd During the Winter

It was remarkable the difference in who camps from late October to mid-November.  In October, there were plenty of camper trailers and families enjoying the park, the playgrounds, the pavilions, and the bike trails.  In November, however, it 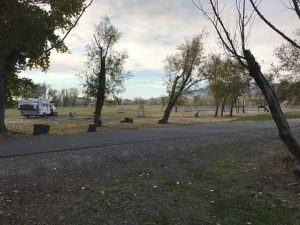 appeared to be almost all boy scout troops looking for a warmer place to camp before the snow fell for the year.

Pluses:  It is close and easy, warm and clean bathrooms, pavilions, Jordan River Bike Trail, Improved camp site.  You can float your canoe in the river in the earlier spring and summer months when it is higher.

Minuses:  This is not a pristine setting in the woods surrounded by pine trees, it is a frequently used park with cottonwood trees.  Some odor from nearby farms, there can be mosquitos depending on the time of the year.  If you’re not into scouts, sometimes there can be a bunch of them.

Overall, Willow Park does a good job at its purpose.  It is a great place to have a simple campout.  Give it a try!