On Presidents Day, my friends and I decided to climb Squaw Peak going up Rock Canyon. Definitely recommended. After some deliberation, we decided against snowshoes because we were told that the snow was packed on the trail the whole way. There were quite a few people with snowshoes on the trail, but it really wasn’t needed. It would’ve been nice to have those stretchy things that you put on your shoes for traction, but we survived.

To start we went up Rock Canyon. Just follow the trail up the canyon. It branches off it a couple points, but if it’s going up the canyon it’s the right direction. Right from the beginning we were on packed snow. At the mouth there was only a could inches of snow under our feet. We followed that trail for about 2.2 miles until we reached a fork in the trail. Take the left fork. I have no idea where the right trail goes. 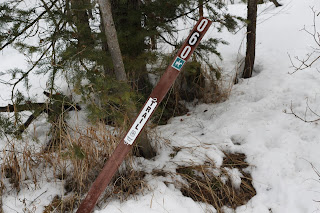 At this point the snow is getting deeper, luckily the trail is still packed down. We left the trail there was probably about three feet of snow. Just about waist deep. 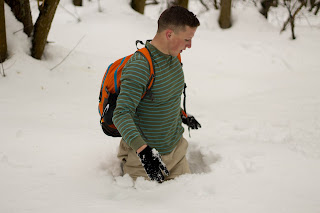 From there we just kept following the trail, which is clearly marked. Only those with serious problems would get lost. After a couple miles we arrived at a meadow of sorts from which we ended up on the ridge. 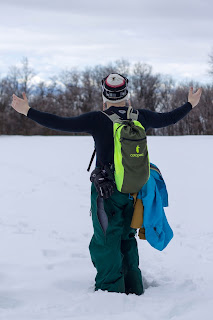 You can kinda see it in this picture. I just really like this picture as well. From the meadow you can almost see the peak, but it is still about 30ish minutes of hiking away. The snow is deeper here and the trail is pretty carved into the snow. The view from the top is pretty awesome. I didn’t get a good picture of the view so you’ll just have to go and see it for yourself. It is about 5 miles to the top.
After following tradition and relieving ourselves from the peak we headed down. For the first little bit we slid down on our rear ends or out stomachs. It worked quite well with the trail being carved out in the snow. A little before the meadow, one person in our group was a little angry that about the whole ordeal of hiking in the snow and had a bright idea. Lets just go down the face of the mountain. He told us that he had come up it once before and going down wouldn’t be that bad. I do not recommend doing what is described in the rest of this post.
The first little bit going down the face was fun. We would go in a line sliding on our stomachs in the snow. We looked like a bunch of penguins. However, that only lasted so long until we reached a couple cliffs. We had to navigate our way around these cliffs with some pretty impressive hiking skills. By this time we have run out of snow and we are just walking in mud and rocks. Lets just say that it was not any faster and we got filthy. 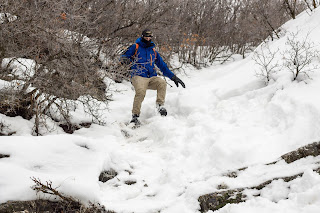 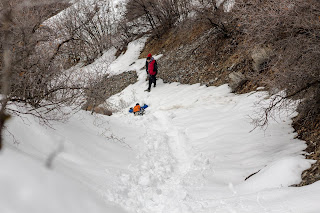 So gear
So conclusion
Fun? Definitely.
Death Defying? Only if you take the way down the cliffs like we did.
Place to take a date? We saw a couple people with what looked like dates and they didn’t look to happy. Make sure your date knows what she is getting into. If she goes and enjoys it, wife that.
$- I didn’t spend a dime.
Distance- 5 minutes max of drive time.
The mountains are calling and I must go.
**Taken from spencertripreports.blogspot.com**
The following two tabs change content below.

BYU student looking for adventure. Hiking, camping, fishing, mountain biking and everything in between. All on a college student's budget